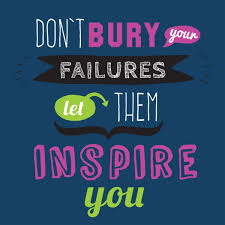 17 March 2022
The FUN at the scrabble board isn’t always about winning; frequently it is about the words you learn along the way. Last night was no exception for me.

First, I played a very close seesaw game against Bill Lapinski and we were down to a single tile in the bag. Bill took a chance by playing a word vertically hanging an ‘M’ on the top triple line. My rack was EEIOTV?  I immediately saw ‘OVE?TIME’ = OVERTIME. The board was still facing Bill and I aniously put my tiles onto the board and hit the clock. However, I inverted the tiles making OVRETIME. Bill challenged my play off the board and I lost. My rookie mistake.

Next I was playing a fairly close game with Debbie Bloom. I’m not complaining . . . but, she was getting all the good stuff and playing it well. I kept opening the board and she kept shutting it down. At the end of the game I put a ‘B’ at (A,5) and drew the last two tiles out of the bag. My last rack was ‘ADEENRS’. Debbie played BRO vertically. I sat there staring at my tiles. Finally I saw two possibilities: REbroADENS -or- broADENERS.

I played REBROADENS. It was wrong and challenged off. Debbie went out. Whebn the game was over I looked up the other word and it was acceptable. Oh well. Lastly, I was playing Marty Sturgeon when he played ‘HALF’ at (G1-J1). We would each have 2-3 more turns in the game. I tried to think of a 5 letter extention for ‘HALF’ to the TWS at (O,1). I couldn’t think of any thing. Marty then played ‘HALFBREED’ for 51 points. Amazing! ! But I had a big enough lead to win by a few points. It turns out that there are several other possiblities too. One is “HALFBAKED’.

16 March 2022
Do you enjoy learning something new to you? Some of my senior friends believe that they’ve seen it all. Sorry friends, as much as you’ve seen and done doesn’t even make a dent into the endless pile of things to see and learn.
As you may know, I sorta have tunnel-vision focused on words. The other day at a scrabble club a lady found the word SALTINE on her rack. Sometimes when people find a word they stop looking for other possibilities. The lady complained that the bingo she found could not be played. Meanwhile many of you reading this know that there are 6 other bingos in SALTINE. Do you know any of them? The lady gave up and played SALT; she lost that game.

3 March 2022
Do you ever think about how many different words exist and some of their uniqueness? Today I couldn’t stop thinking about words that begin with ‘UN’. There are more than 1,300 ‘UN’ words in the set from 4 to 8 letters long. Below is a list of some of them. 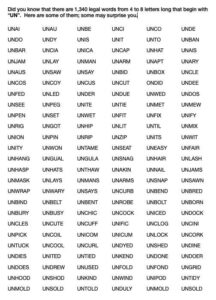 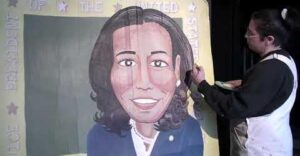 1 March 2022
My daughter, Stacy Schwartz, is an artist and an ART teacher in a public school in Ypsilanti, MI. Over many year she has provided her talent to adorn various locations with portraits of black leaders (for Black History Month). Below is a link to her recent project. I hope you find it entertaining and as amazing as I do. 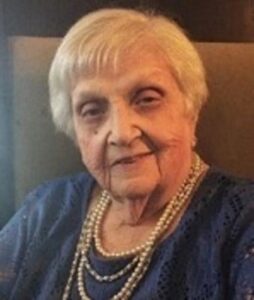 28 February 2022
This woman had the greatest influence on my life and maybe still does. She’s my mom, Dorothy Freedman Moss. She was a Leap-Year Day Baby (February 29th). She would have been 102 this year. She had only had 5 birthdays by the time I was born. By the time I had my 7th birthday she had only had 6. But on non-leap-years we celebrated her birthday on both February 28 and March 1. She taught me the kitchen table version of scrabble in about 1951. Later in 1992 when I had a local cable TV show (Just For The Spell Of It) in Farmington Hills, MI she was my guest and we played an open/instructive game, showing the audience the ways that club players achieve high scores. She had many talents as a seamstress, her Baubee’s cookies and other bake goods, and being a good, supportive friend to the many. Happy Birthday Mom, wherever you are. 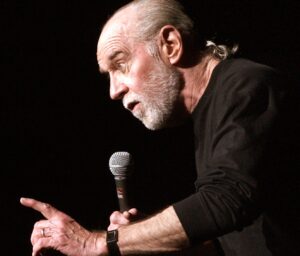 22 February 2022
I was just sitting there in my easy-chair, with a blank stare, looking out the window at the trees blowing in a cold wind from the north. And I had a George Carlin moment. I wondered . . . before there were calendars, when did people celebrate their birthdays and anniversaries? I miss George Carlin. 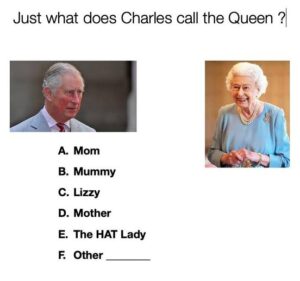 15 February 2022
Sometimes a little knowledge can lead you astray. While playing scrabble last Monday I had the rack: A-E-E-E-G-L-Y AND there was an ‘E’ at (O,7). I knew the words OXEYE and TIGEREYE so it made good sense when I saw that I had EAGLEEYE. My opponent called HOLD and thought about my bingo play for two or three minutes before calling CHALLENGE. I could hardly believe it when my play was adjudicated NOT ACCEPTABLE. That led me to create the list you see below. 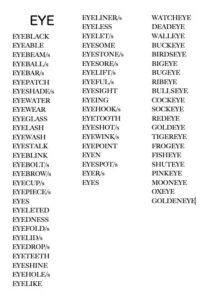 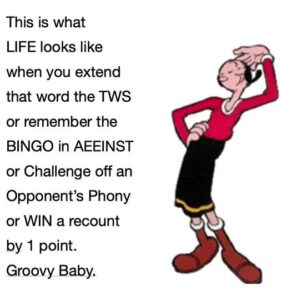 12 February 2022Scrabble Club #350 is available to all comers. We meet every Wednesday evening at 6PM (sharp) within Laguna Woods Village in Laguna Woods, California 92637. Being in a vacationer’s paradise, we frequently have visitors from points N, S, E, and W.Looking forward to hosting you, Gary Moss (949) 510-1673

10 February 2022
The Santa Ana winds are howling and they’re pushing around the umbrella out on the patio. It was keeping me awake and I was concerned that it would tip and fall and break something. I was also dealing with a phoney played at club tonight. The person player ‘SHAPLIER’. I was standing by David Pearl who looked over, pulled me aside and quietly said “EARLSHIP, HARELIPS, and PLASHIER”. I had to pull out ZYZZYVA and look at the anagrams.

That’s when I saw this post by Steven Ornish and couldn’t not repost it. It says enough to show any word lover why so many of us just LOVE SCRABBLE with all its twists and turns. Thanks Steven, everyone ENJOY. 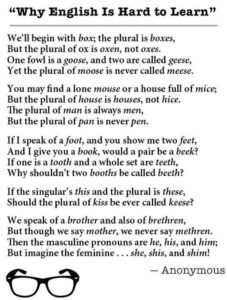 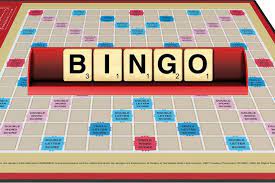 ABNORMAL; ARRANGE; ASSUMED; BAYSIDES; CAPTAINS; COARSER; COASTER; EMULATED; ENLISTS; EPINAOS: FREQUENT; GRANITE: GREENLIT; HISTONE; IDOLATER;INFLAMED; ISATINS; NEAREST; NITRATE; OPTIONS; OVERBEAR; SLOTTER; MERCIES; RECLASP; RESUPINE: RUSTIEST; RUSTLED; SEELING; SLURVES; SNOGGERS: SNOUTIER: SOONERS; SOPPING: SORBATE; STONING; STRAINED; STRIVES; TENTORIA; TEREDOS; THREADER; TOWPLANE; TREASON; TWITTERS; UNBARRED; UNBRACED; UNITERS; UPSTAIR; WIDENED; WILDEST; YOWLERS
When I placed a ‘W’ at (H,11) against David Pearl he hardly hesitated before playing TOWPLANE through the ‘W’, a double-double for 102 points. David reminded me about the mnemonic flashcards I sold him many years ago and about POLENTAS + W
Later against Bruce D’Ambrosio, David played RESUPINE.
I had a bit of good fortune too. From an ‘F’ at (H,1) I played FREQUENT for 107 points. Then in another game my opponent played JUICE at (),4 to O,8). I remembered a word played against me more than 20 years ago it is _ _ _ JUICE. If I could pull that off I would hit the TWS at (O,1). I had two of the 3 letters I needed on my rack (E,R).m So I played off 3 letters hoping to draw the tile that I needed. Then a big Ooooops. I overdrew when replenishing my tiles; I drew 4 tiles but didn’t mix them onto my rack. My opponent looked at 3 of the 4 and threw I back in the bag. When I looked at the 4th tile I sighed; it was a ‘V’, the letter I needed. On my next turn I played ‘VERJUICE’ for 60 pts.

I love this game.

23 January 2022
I’ve owned 5 different boats, so far, in my 79 years. They were all different kinds of crafts and provided fun and enjoyment to me and many of my friends. 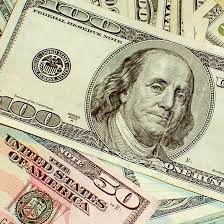 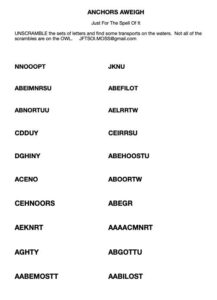 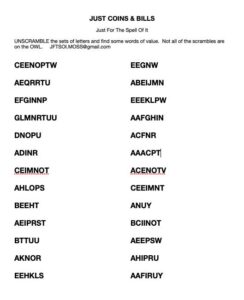 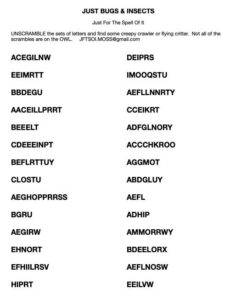 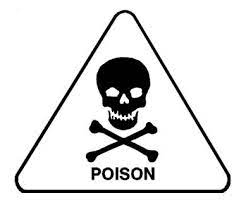 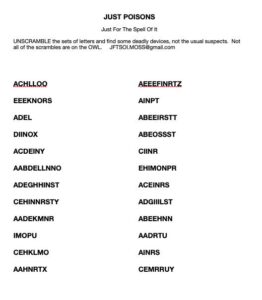 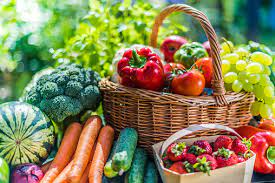 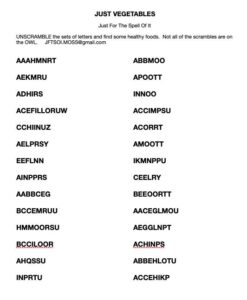 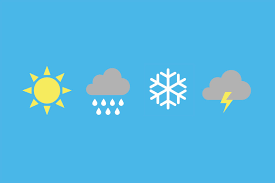 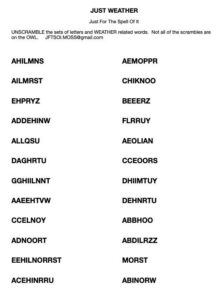 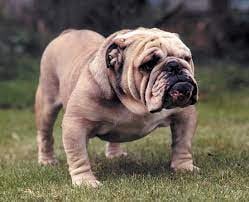 Sometimes a Picture brings back a memory!
GO BULLDOGS. Ever since Hershel Walker played for them I’ve been a fan.

(the fourth line the word is TANKAS & TABBER is N.A.) 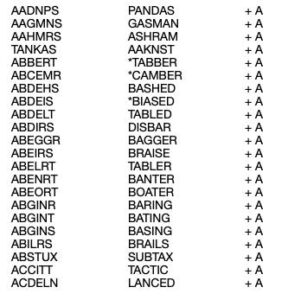 7 January 2022
REMEMBER WHEN?
Sometimes it’s nice to sit back and remember… 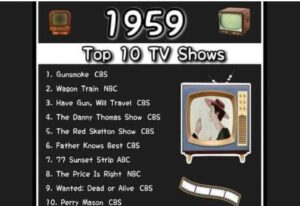 6 January 2022
Due to popular request I have another set of 3-Letter Words to challenge your knowledge of their meanings. These are all legal scrabble words from the most current OWL. 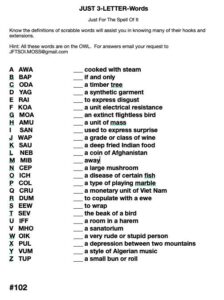 3 January 2022
Many scrabble players have no idea about the definitions of many of the words they choose to play. But recently I’ve played several players who tell me that they can’t remember words without knowing their definition. Below is a Quiz on some useful 3’s where you match them to their meanings. Have fun. 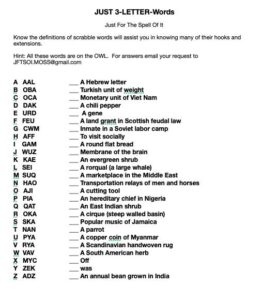