I signed up to play at the WINTER WONDERLAND of WORDS scrabble tournament on Sunday, December 8, in Long Beach, CA.  Join me.
http://wordgameplayers.org/brochures/20191208.WinterWonderland.pdf
Earn a rating from WGPO.  See you there.

Maliha Mendoza Mahmood Super Scrabble Club
Hello super scrabble enthusiasts,
Limited seats are available.  Past regulars have first dibs to play.
Yuki and I are pleased to announce the resumption of the Super Scrabble Club promoted by our dear friend Maliha Mahmood.  The club will be known as Maliha Mendoza Mahmood Super Scrabble Club, or MMMSSC for short.
Where:  Original Mike’s Restaurant 100 S. Main St., Santa Ana, CA 92701
When:    Every third Thursday of the month 1pm to 8pm (dinner from 5pm to 6pm)
We all know that running the club will not be the same as when Maliha did it.  Her generosity and dedication are unparalleled!  Hence, we would like to point out the following:
First – Each player must buy dinner at the MMMSSC venue.  You may check out the menu at Original Mike’s menu – Santa Ana CA 92701 – (714) 550-7764
Second – There will be a $2 contribution to be collected from every player at club meetings.  The collection will start in January 2020, which means that playing this month and next month will be free.
Third – A prize will be awarded for each category word played every month and for the year-to-date average number of bingo words at the end of the year.  These words must be officially acceptable to be counted towards a prize.  Categories will be made known beforehand, but no examples will be given.  The categories for this month will be a surprise, though.  And please take note that the prizes will be nowhere near to what our benevolent Maliha had been giving out.
Fourth – We have 10 super scrabble sets at our disposal.  No one will be a permanent owner of a set as the sets will be rotated among all players accordingly.  Two sets, however, will stay with and be taken care of by Yuki and me.  The other 8 sets will be assigned to the first “caretakers”, namely, Gretchen Cowan, Lynn Gunn, Bill Lapinski, Amnon Meyers, Gary Moss, Najat Reikes, Renee Kahn and Don Platt.
Fifth – Announcements for the next club meeting will be emailed every second Thursday of the month.  Your intention to attend such meeting must be received by us no later than the following Sunday to allow us time to notify you if you are among the first 20 players to sign up.  If for some reason you change your mind about attending, please let us know within 3 days so we can accommodate other players to take your spot.
Sixth – A randomization formula will be used to determine each player’s opponent for the first game.  For the second and third games, pairings will be determined by the King-of-the-Hill procedure.
Seventh – In every game, players will draw who goes first.
Last but not least – Would you like to have a slice or two of chocolate cake to go with your dinner every month, whenever possible?  Then do tell us your birth month/day so we can celebrate your birthday with some singing … and with some rich calories!  We will even waive your contribution for the month!
Yuki and I look forward to seeing you at our inaugural MMMSSC meeting next Thursday, 11/21/19.
Yours superscrabbly,  Evelyn
P.S. If you want your name removed from the email list, please let us know and we will respectfully do so 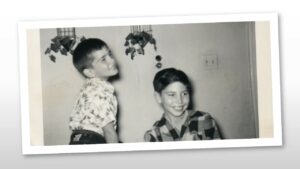 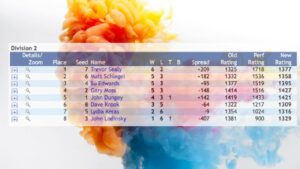 Stratford Tournament Results for my Division
9/14/19 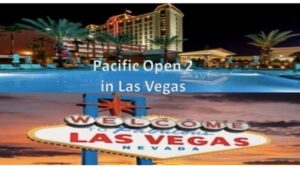 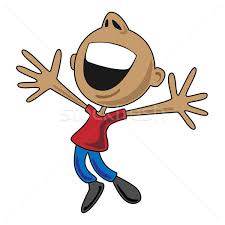 Have you ever had ‘SHPILKES?  That’s a Yiddish word that means uneasy to the Nth degree.  You can’t sit still; you’re so uncomfortable; you don’t know what to do to relieve the condition; you feel like you have to get up and go, do something different.

Well, those feelings have been building up in me for some time now.  Life is okay, comfortable, predictable.  I share common health issues with most people my age.  I have enough cash flow to pay my bills and go out for an occasional meal and a movie. Plenty of nearby scrabble clubs and friends fill my leisure time.

But next week I’m turning 77.  Can you spell LATE LIFE CRISIS?  Some thirty years ago you’d often find me on the road from Detroit thru the Windsor tunnel and eastbound to Brantford, Hamilton, Toronto, and Oshawa.  In the winters I drove I75 south to Dayton, Cincinnati, Atlanta, and Gainsville.  Always heading to some scrabble tournament with a car loaded with scrabble paraphernalia, T-Shirts, and my hand-crafted scrabble learning tools.  Oh the fun, oh the adventures.

One of my newest friends, Derek, one of my co-workers and I have had the opportunity to share our life stories, and it was maybe during one of these sessions that I began to develop ‘shpilkes.’ And so my mind started thinking and planning, and a new adventure took form first as an idea that matured into a plan which will now become a reality when I drive away on the 24th.

Derek is a musical kind of guy, an entertainer, a dancer.  He is as excited for me as I am excited to be going.  Derek named my adventure 77 Sunset Trip.  This adventure may be the last trip of this type that I will initiate.  I hope to visit 13 cities playing scrabble, giving my scrabble talk, ‘The Secrets Of Scrabble Champions,’ and challenging the public to Beat The Champ.

I’m open to invitations to speak at schools, community service groups, libraries, and available for face-to-face coaching and lessons.

I plan to be on the road for six weeks, beginning in Laguna Woods, CA, heading North by Northeast thru Las Vegas, Salt Lake City, Denver, Detroit, Cleveland, Saratoga Springs, Cincinnati, Nashville, Dallas,  Albuquerque, Phoenix, Las Vegas, and back home.  I’d love to cross paths with you during my adventure.  Call me, and possibly we’ll make it happen.